#005 – Are Bond Mutual Funds The Next Financial Disaster Waiting To Happen?

The COVID-19 pandemic has changed our lives in a multitude of ways. Mass layoffs and business closures, a 30% drop in the stock market in less than one month’s time, and uncertainty everywhere you look, are just a few of the effects. So, it only makes sense that many investors are fleeing to safety. But are bond funds the next financial disaster waiting to happen?

They very well could be – especially given that the Federal Reserve has lowered interest rates nearly to zero in hopes of stimulating the economy. Yet, while doing so may be an acceptable short-term “solution,” this strategy can actually end up making things worse in the long-term.

How to Adapt to Unexpected Financial Disasters

For thousands of years, humans have had to adapt to life’s changes. But with so much uncertainty in the financial markets – both now and for the foreseeable future – it can still be difficult to plan ahead. And in this case, if the markets crash, at what point will the federal government be unable to bail us out?

The good news is that you have more control than you might think over how your investments perform, and how much sleep you’re willing to lose if the bulk of your money is sitting in the stock market. One way to keep your money in check is to allocate it into different asset categories.

Depending on where you are in your financial life, it is possible that your investments have shifted over time, from more aggressive to “safe” and more conservative. This is because as you approach retirement, you have less time on your side to recover from any losses you may incur in a stock market downturn.

One way to determine how much of a portfolio should be allocated to stocks is to follow the Rule of 100. For many years, financial advisors have used this “rule of thumb” in order to simplify the process of asset allocation. In this case, for instance, an investor should hold a percentage of stocks which is equal to 100 minus his or her age.

As an example, if you are currently age 60, then you should ideally have 40% of your holdings in stocks. (That’s because 100 minus 60 equals 40.) Then, as you get older, the percentage of equities in your portfolio would decrease. Therefore, at age 70, your stock allocation would drop to 30%, and so on.

Although everyone’s specific financial goals and objectives are different, this simple Rule of 100 has been surprisingly accurate for many investors – and it actually worked quite well during decades like the 1990s and 2000s, when CD rates were in the neighborhood of 5% – 6%, and bonds were offering even higher rates at 7% or 8%.

So, going back to the example of a 60-year-old who has 40% in stocks and 60% of their portfolio in safe investments, not only would this individual be able to generate a nice stream of income from this component of their portfolio, but they could also count on this money being safe from stock market downturns.

That Was Then and This is Now

Fast forward a couple of decades, and things are very different now. For instance, since the Recession of 2008, the United States has remained in a state of historically low interest rates, with some CDs and bonds struggling to return even 1%. With that in mind, investors who are seeking income have taken a significant cut in pay!

So, what should investors and retirees do – especially when their higher-paying instruments come due and they need to reinvest?

One option that many have turned to is bond funds. These mutual funds may hold hundreds of different bonds, allowing for more diversification, as well as protection if just one (or even a few) bond were to default. Likewise, bond funds have the potential to offer more income, due to their overall investment allocation.

But usually when something sounds too good to be true, it oftentimes is! And in this particular scenario, investors may unknowingly be giving up some important elements of their investing – including control over which individual investments within the fund are bought and sold, as well as maturity date on the bonds.

The first tradeoff here is fairly self-explanatory. But in the latter case, bonds within a bond mutual fund can be bought and sold at any time – even before the date they mature (when the full amount of principal will be returned).

Therefore, if a bond fund manager decides to sell prior to maturity, the investors in the fund will ultimately pay the price. It is also this scenario that could end up exposing bond fund holders to the next big disaster in the market.

Although falling interest rates are seen as a positive to spurring economic growth – and in many ways have also helped the returns on bond funds over the past few decades (because lower interest rates can make current bonds more attractive) – with rates hovering near 0%, there is little room left for bond prices to go. This could be harmful to the value of bond funds.

Plus, if interest rates were to rise (which they undoubtedly will someday,) the bonds that are held at that time could end up being worth much less than they were at the time they were purchased. This, too, could wreak havoc on bond funds, and could easily result in immediate losses of 10% or more for investors.

Adding fuel to this fire is the fact that, because bond funds have no maturity dates, there isn’t much that investors can do to recoup those losses if interest rates rise and remain higher going forward. In fact, sometimes even a very small upward move in interest rates can cause a significant amount of loss in bonds.

According to an article in Forbes, titled “How Rising Interest Rates are Driving Bond Funds Down,” when interest rates rise, bond prices fall, and vice versa. So, bonds – and particularly long-term bonds – “are not a good place to invest when interest rates are rising.”

The Forbes article went on to say that, “73% of Morningstar’s taxable bond funds and 90% of municipal bond funds have lost money so far this year,” referring to early in 2018 when interest rates rose – but only slightly.

Where Should Conservative and Income-Seeking Investors Go from Here?

Due in large part to its extreme volatility, many investors and retirees have shied away from the stock market, leaning more towards “safe” alternatives like bonds, and bond mutual funds. Unfortunately, though, these financial vehicles could also be somewhat risky, given our current (and potential future) interest rate environment.

If you’d like help with making sense of how rates can impact various investments, as well as unbiased guidance on alternate strategies, feel free to reach out to us directly and speak with an income planning specialist.

We can be reached directly by phone at (888) 440-2468, as well as via our secure online contact form here. We look forward to hearing from you.

Listen to the episode on Apple Podcast, Google Podcast, Spotify, Stitcher, or on your favorite podcast platform. 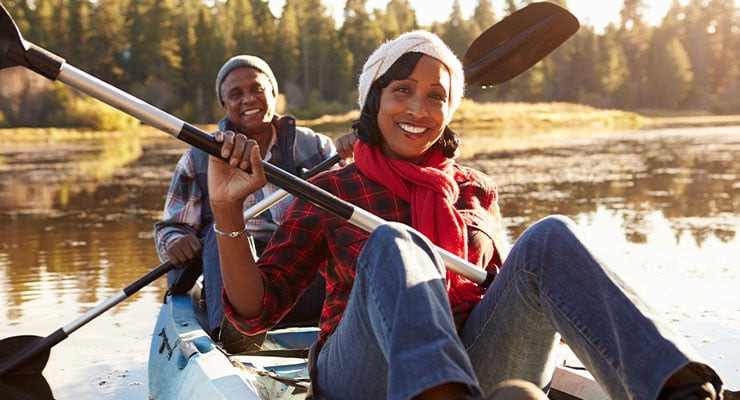 #002 – How Do Annuities Fit Into A Retirement Plan?