What Everybody Ought To Know Before They Retire

Harold knew he had to do something with the money in his 401(k) once he retired, but he didn’t know exactly what or who he should trust to help him. When a large brokerage firm gave a retirement presentation at work, Harold decided to go with them. It was a large firm with a name he recognized, and the guy who spoke during the presentation seemed to know what he was talking about.

Harold was invited into the broker’s office where he was offered coffee or tea. They sat down for a chat and oh, Harold had big plans. Irene always wanted to go to Europe, and he wanted to surprise her and take them on a trip. He also wanted to get out on the golf course three times a week, watch his grandson play a football game, and read an actual paper newspaper without being interrupted. He had already reactivated his subscription.

The broker smiled and told him that all sounded great. He suggested Harold roll his entire 401(k) into an IRA. The account would be in the market, but it would be under the management of three different money managers.

“Doesn’t that mean I can lose money?” asked Harold.

“Well sure,” the broker said, “But don’t worry. In the long run, the market always goes up.”

Harold thought that sounded right, so he signed the papers, transferred the funds, and retired.

The part where you get the bad feeling.

In the long run, the market always goes up. This is what Harold told himself the night he went to bed on Monday, September 28th, after the U.S. House of Representatives rejected the government’s $700 billion bank bailout plan and the Dow Jones Industrial average dropped so fast, it obliterated $1.2 trillion in market investments. The following week on Monday, October 6, and for the next five days after that, Harold watched with increasing panic as the Dow Jones continued to plummet. He called his broker, “I’m not feeling very confident about my retirement funds,” he said. “Is there something we can do?” The broker told him not to worry, hang on, “You’re in this for the long-haul, remember?”

Well, Harold did remember, but he didn’t see how his money would last if he kept losing. At the end of the month, he got his statements and called up his broker again. “I don’t like this,” he complained. “I don’t like this one bit. I’m losing too much money!”

The broker told him he was actually doing pretty good compared to how much other people were losing. Then he said, “Don’t worry. Just think of the long term.”

When it all falls apart.

The problem with the long term is the short term. Harold still needed to take out money from his losing accounts in order to pay his bills. He tried very hard NOT to take the money out. He didn’t take Irene on that trip to Europe, didn’t fly out to watch his grandson play football, and he even canceled his newspaper subscription. Still, by the end of the crisis, his portfolio had lost 45 percent.

Harold calculated that if they watched every single penny, didn’t take any trips or go out to dinner, and didn’t lose any more money, they might be able to make it to age 87 without having to go to the poor house. Harold took their money out of the market and told Irene the bad news. She cried. It broke his heart to see her cry.

The moral of the story.

Don’t let your money disappear. We live during volatile times. Our market has entered into a global economy which means we are going to face more tough times ahead as interest rates change, taxes rise, and foreign markets continue to upset the status quo. Opportunities are out there, so keep these three things in mind:

Are you feeling uneasy about the allocation of your current portfolio? You don’t have to stay in the market to get a reasonable rate of return. Finding out about your other options is easy, just fill out this form and we’ll get back to you.

We specialize in putting together income plans that focus on safety first so you can have peace of mind. No pressure, no fake reassurance – just straight answers to point you in the right direction.

We look forward to hearing from you.

Understanding the lifetime income provisions under the SECURE Act How to not come up short on your Social Security benefits Are there hidden risks in your portfolio? How the current pandemic could impact your retirement savings and income 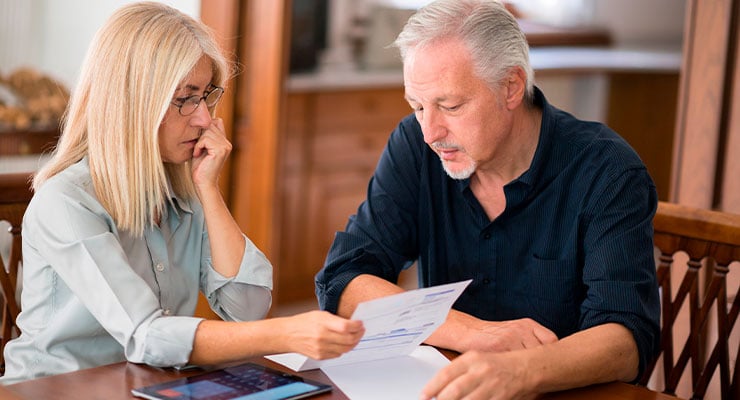 Are you confident that your retirement income will last as long as you need it to?

Previous
INVESTOR ALERT: An Opportunity that’ll Have You Singing in the Rain
Next
Everybody Loves Bonds Until This Happens